In today’s age of technology our phones have become our everything. It is our computer, our organizer, our video game player, our camera, and more. Lost in all of that is its original function, the ability to call and speak to someone with your voice. Seriously I think we spend more time on the phone doing everything else instead of actually talking on it. The main replacement to our phone voice conversations is the text message. So simple and convenient it has changed how we communicate in everyday life and especially in our relationships. So lately I have received the same question from so many women. Why do men text instead of just calling? Does it mean he is not interested? Does it mean he is just too busy? They really want some clarity on this issue and I will now attempt to give it.

He texts because he can.

Look I am just as guilty as the next man for over using text messaging to communicate. It is quick and convenient so we take advantage of that fact. If a woman takes no issue or does not express the fact that she has taken issue with all the text, then some men simply won’t stop.  Why would they eliminate what works for a lot of men if you don’t say you have a problem with it? The position of many women for the need to verbally communicate is not shared by a lot of men. To some men as long as you received a message from him and some form of communication, well then mission accomplished.

Sometimes when women talk, all a man hears is womp womp womp. So to eliminate that problem he just sends you a text. It will minimize the need for a long drawn out conversation that he may feel is pointless. It could also save him from what he feels is some incessant nagging that he knows is about to come. So he simply will use text messaging as his shield. Again it’s just too convenient and if he believes it can help him avoid some unnecessary talk and backlash, well then he will put it to use. There are plenty of men who have uttered the line “I’ll just text her for now until she cools down”. May not always be the best approach but the thought process makes perfect sense.

I know that sounds harsh and mean, but I have to be honest. Sometimes a man will mainly use texting because you are not a priority to him. He may desire to have sex with you but for some women all it takes is some texting to get that ass. So guess what, that is all he may give you in his quest to get some. There are some cases where you may not start off as priority but you get “promoted” to the top spot. So initially while he hasn’t fully determined your value to him you may still mainly get texts instead of phone calls which take more effort and time. Time is precious, and a man isn’t going to give a woman a more time-consuming action such as talking if he does not see the value in it. You as the woman have to set your price, and then he will decide if he wants to pay it or not.

Ok, I gave you three things, but I acknolwedge there can be more to it than this. Some men hide behind texts, and some men are just playing games. I want you to be able to see when he’s just a guy who isn’t willing to come at you correctly, and may even be telling you lies. I highly encourage you to check out the book “He’s Lying Sis”. It will give you the additional clarity you need to avoid the wrong men, so you can better receive the right one.

Get your copy here:

If you notice I didn’t get deeper into a man just being too busy. The book goes much deeper in that topic. However, understand that If a woman accepts less, then most men will give less, and you can’t only blame him for getting less. Also take heed to the main message in the first reason. If you have an issue with texting then you should express that concern. Not every man who starts off texting is doing that because he isn’t interested in you. It just may be what he is accustomed to and does not realize there is an issue. If you make it known, time passes, and it is still the same. Well now it’s safe to come to the conclusion that he isn’t serious enough about being with you. Don’t get mad at a man for a lack of communication if you are not willing to properly communicate. Make it clear what you desire and allow him the opportunity to step up to the plate. If he doesn’t well then maybe you can send him a text goodbye on his way out : ).

3 Tips For Making Her Happy On Valentine’s Day

How To Achieve A Better You…With Vitamins

How Much Should You Sacrifice in the Name of Love?

5 Questions You Need To Ask Yourself Before Getting Married 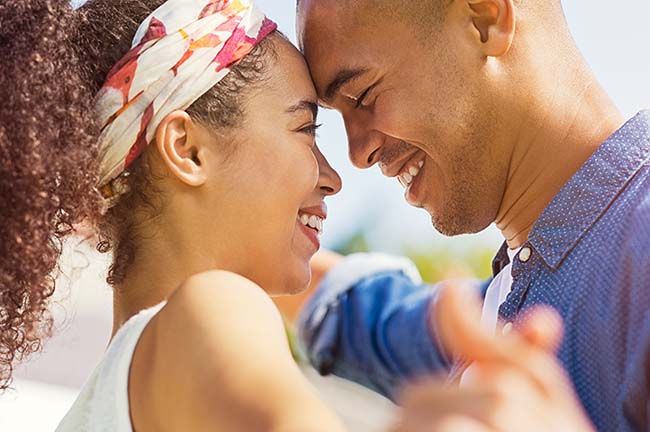 Boaz? – 3 Reasons Why You’re Still Waiting For Him