He Doesn’t Want A Girlfriend, But He Acts Like Your Boyfriend

Sounds confusing right? Like what the hell is wrong with this guy? Whenever you want to discuss becoming his girlfriend and taking things to the next level, this man insists he is not looking for a relationship. For whatever reason he decides to give you (i.e. too busy, emotionally unavailable, past hurt, etc) he doesn’t budge from his position of not wanting a girlfriend right now. For some of you it’s cool but for many of you a relationship is what you truly desire.

Regardless you continue to deal with him and it’s like you two are basically in a relationship. You hang out, talk, and do things that a girlfriend does which leaves you wondering where his head is really at. This man even gets bothered and shows some jealousy when you talk to other guys. So again what the hell is his problem? Why does he say one thing but he is showing you something else? Why won’t he just officially make you his girlfriend and stop sending you mixed signals?

Here is the reality for most of you that are in or have been in this situation. This man is telling you the truth when he says he does not want a girlfriend and a relationship. He is not prepared to be obligated to you or to commit to you. He wants to be able to deflect your questioning of his actions and his whereabouts. If other women come along that he wants to engage with; well he wants to be free to do as he pleases without any valid issue being raised on your part. What his actions are showing you is that he still wants the benefits and comfort of a relationship. He still wants the sex, companionship, and all the other things that a girlfriend provides which makes him feel good when he needs it. He likes the security of having you around and he will always have a fall back as long as he keeps you close. It really is as simple as that. If that man wanted to be in a relationship with you then he would make it happen. Hell some guys don’t even really want a relationship yet they will still lock the woman down to ensure that they get what they want. So if he isn’t prepared to officially make you his girlfriend then his mindset is clear, and you should take this man at his word on this one.

Let me make something painfully clear to all the women reading this. Most men don’t have to like you to want to have sex with you. Most men can enjoy your company yet never want to be in a serious relationship with you. That same man can become jealous and territorial if you talk to other men, yet at the same time have sex with many other women. I tell you this not to come off as negative but to share with you a harsh reality. It is in your best interest to understand that if a man is serious about you then he will be prepared to take action to back that up. He will be prepared to make you his official girlfriend and treat you as such. He will be receptive to your feelings and just as concerned about your desires as he is about his own. If you continue to give a man girlfriend benefits (some would say wife benefits) without any commitment then many men are likely going to take it. His decision to go along with this should not be confused with some secret desire you hope he has to one day be with you. You can continue to give and give and give yet still find yourself many months later with no relationship and possibly with him moving while making some other women his girlfriend. If he hasn’t made you his girlfriend after a good amount of time what makes you think that continuing to give him benefits is going to make him change his mind any month now. He told you he doesn’t want a relationship so why are you still essentially giving him one?

I know many women may be saying “why can’t men just be more honest about what they want”. Technically the man in a situation like this has been honest. He told you from the get go he didn’t want a relationship. If you choose to entertain this man and it all ends in disappointment he still can say “well I told you I didn’t want a relationship”. The confusion comes from not understanding how many men operate. Just like a lot men can have sex without emotions, many men can engage in relationship behavior without getting caught up emotionally as well. So if you want a relationship, then don’t make the mistake of accepting less than that man officially making you his girlfriend and behaving as he should in a relationship. Stop holding on to false hope and giving benefits to a man that isn’t prepared to make the necessary investment. He is being clear on what he wants, so now you need to be clear on what you are willing to accept. 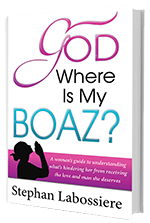 408 thoughts on “He Doesn’t Want A Girlfriend, But He Acts Like Your Boyfriend”

She’s Just An Emotional Pimp – How Women Use Men Too

Love Assesment: Are You Ready for a True Commitment?

The Most Common Causes of Erectile Dysfunction

Faking Orgasms: You Can’t Prove She Had An Orgasm!

Why Did I Get Married?

How To Be A Wife and Not Just A Wifey

Heartbreak: Do Women Move On Faster Than Men

Once A Cheater Not Always A Cheater

You Are Not Fat!